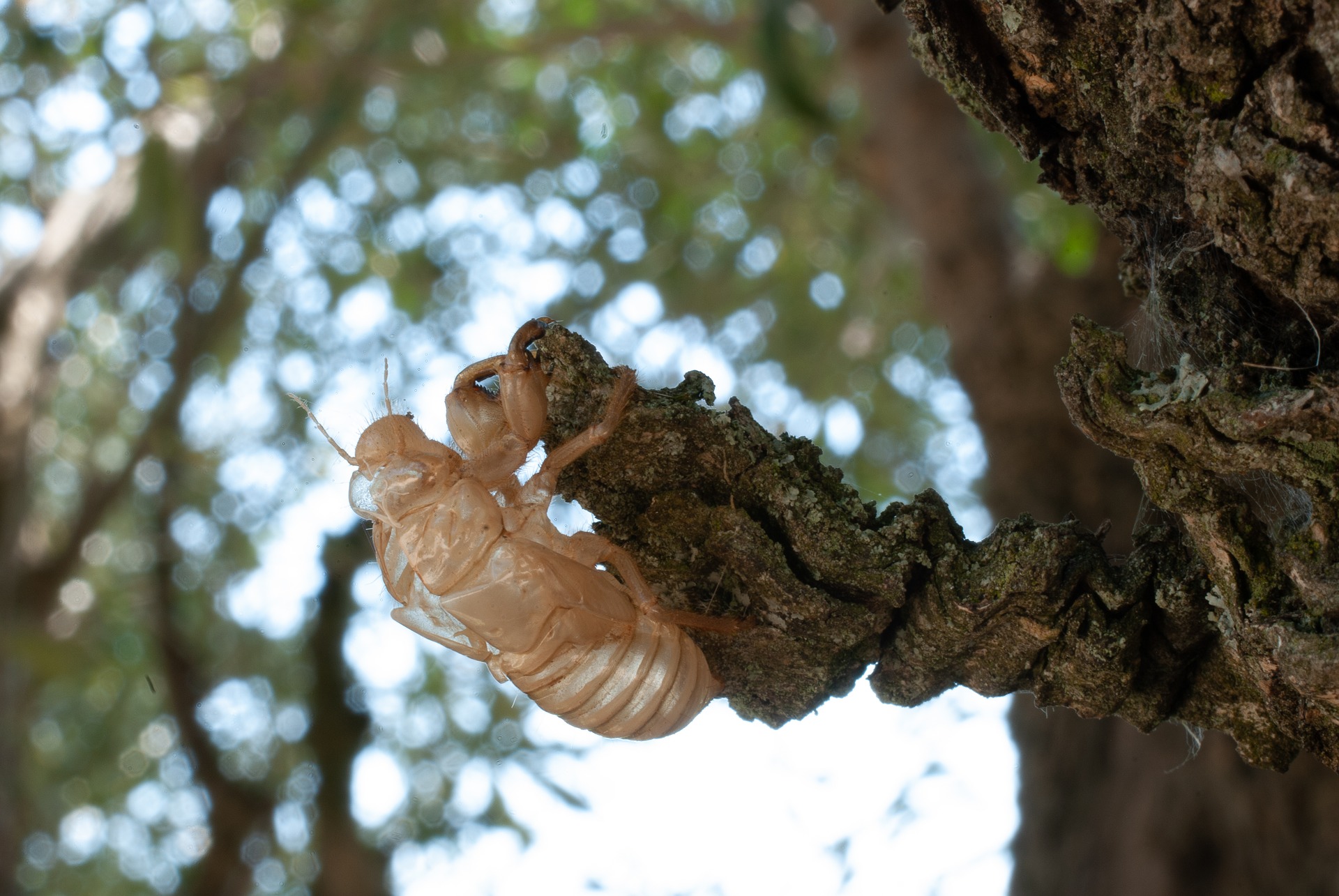 What Brood X Could Mean for Anglers, Birdwatchers, and Hikers

While nearly all species of cicadas spend time underground as juveniles, Brood X is a species of periodical cicadas. Meaning not only do they have the impressive lifespan of 17-years but once their underground period of life comes to an end, they all emerge at once.

This synchronized emergence is a rarity amongst the 3,000 species of cicadas worldwide, making the Brood X phenomenon a particularly exiting event in the 15 eastern states it affects. Once emerged, adult periodical cicadas only live for a few weeks, in this time their primary objective is to mate and lay eggs continuing the cycle for the next generation. Cicada mating ritual is that loud, almost deafening, buzzing sound you hear in the wilderness on a warm summer day. Given the expected size of Brood X, somewhere in the billions, it will be especially apparent this year.

But what does this mean for you, the angler, birdwatcher or hiker? So far, Brood X may just sound like an annoyance or a plague–like event not worth noting. However, Brood X has the potential to make an impact on other factors of wildlife in many ways.

“A 2005 analysis of 24 bird species in the eastern U.S., based on 37 years of North American Breeding Bird Survey data, revealed that 15 species saw population changes associated with periodical cicada emergence,” according to Scientific American.

Birds such as red-bellied woodpeckers, brown-headed cowbirds, blue jays and common grackles have significant population increases one to three years after cicada emergences. So, birdwatchers can anticipate a baby-bird boom in the years to come.

For hikers the news may call for extra awareness while on the trail. Birds are not the only animal seeking out this easy cicada snack. This eastern event also brings out another less loved eastern occupant, the copperhead snake.

Deb Belt, editor with Patch.com, writes, “Shy and reclusive copperheads come out of their figurative shells when the cicadas emerge. The snakes exploit the insect emergence as a smorgasbord requiring no more effort than simply showing up.”

While copperheads are known to only strike defensively, these snakes are venomous, so it would not be overly cautious to keep an extra eye out on the trails for snakes looking for an easy meal. Step on one by accident, and you could certainly still get snake bit.

The food chain of the elusive cicada doesn’t stop there. Eric Hussar, a commissioner on the board of the Pennsylvania Fish and Boat Commission refers to cicadas as “the filet mignon of bait,” and a popular snack for trout, bass or any type of predatory fish.

George Daniel, fly fishing instructor at Penn State University, shared that carp, catfish and essentially anything that eats what’s in the water, will also rise to the surface to take a bite out of the surplus of bugs.

Daniels anticipates such a good fishing season due to the Brood X emergence that it will make anglers who are in their 40s or 60s want to live another 17 years for the next cicadas to emerge.

What Brood X Could Mean for Anglers, Birdwatchers, and Hikers