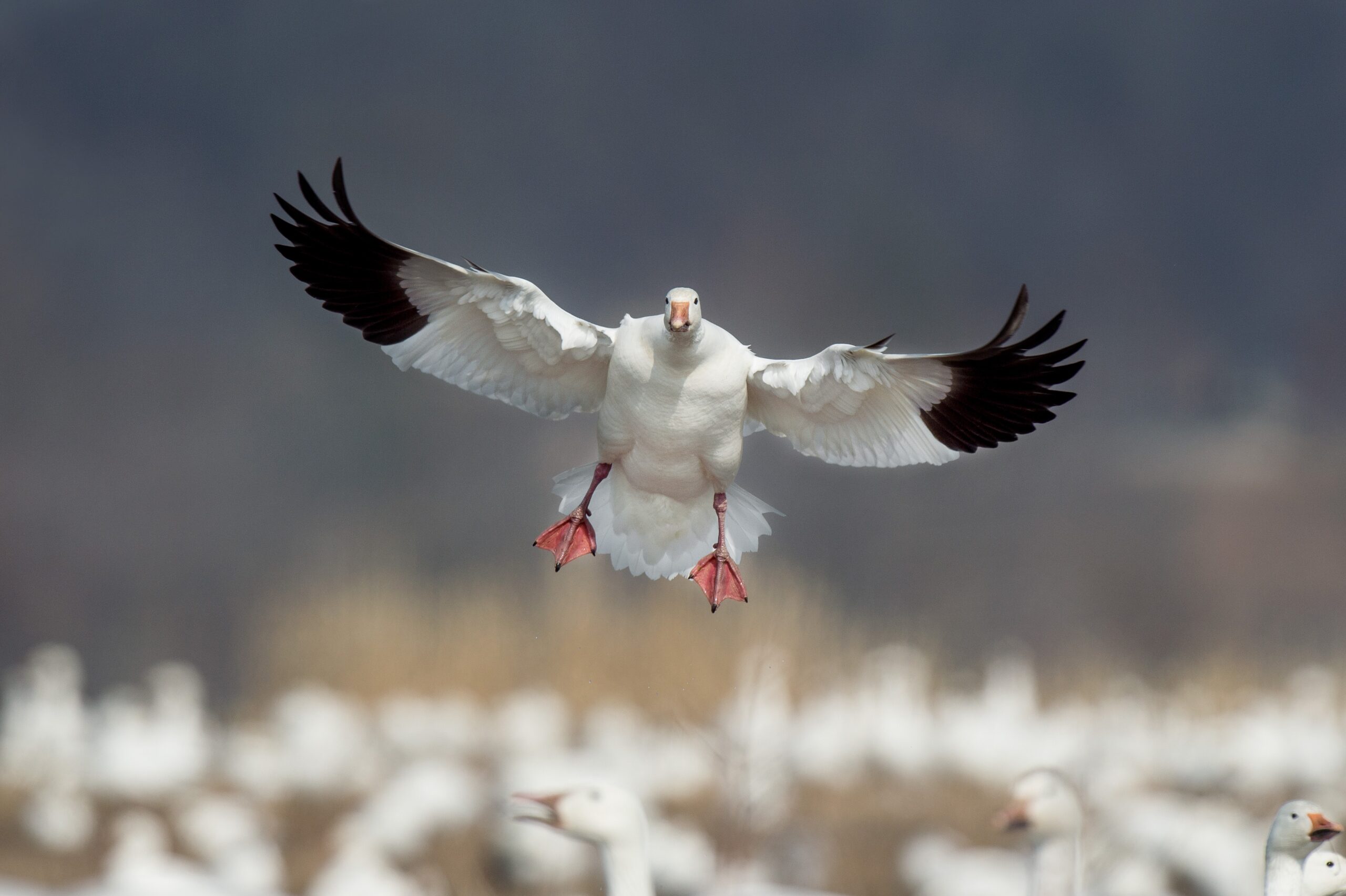 The spring snow goose conservation order had one goal in mind when it was founded in 1999: reduce light goose populations by half over a 10-year period. This would initially have seen the population reduced from an estimated 3 million down to 1.5 million, which would stabilize the nesting habitat in the Canadian Arctic. The biologists heavily miscalculated, with the population being around 8 million at the time and 10 million presently. Despite massive hunting of the birds for more than 20 years, the population has not declined, with studies showing that the population has either grown or stayed the same every year since 1999. But despite the failed attempts at population control, the snow geese are not in serious danger.

This is largely due to the geese’s adaptation patterns, moving towards different wintering ground, migrating around the most pressured hunting areas, and cropping up in new nesting areas. Their new movements and booming population could cause some issues for other waterfowl. Issues such as rice and corn waste grains becoming sparse for other birds. According to a Ducks Unlimited report, there are enough geese in California’s Central Valley to eat every grain of rice remaining after the harvest. With the population increase, it will definitely come as a worrying sign for ducks, as the competition could bring an end to other waterfowl in these popular areas. Fortunately, snow geese are determined to fatten up before heading to the breeding grounds, making them easier targets when they are hungry. This makes May one of the most predictable waterfowl hunts possible. With the geese population on the steep incline, it will be crucial to take down the snows for the sake of other duck populations. Read more here.