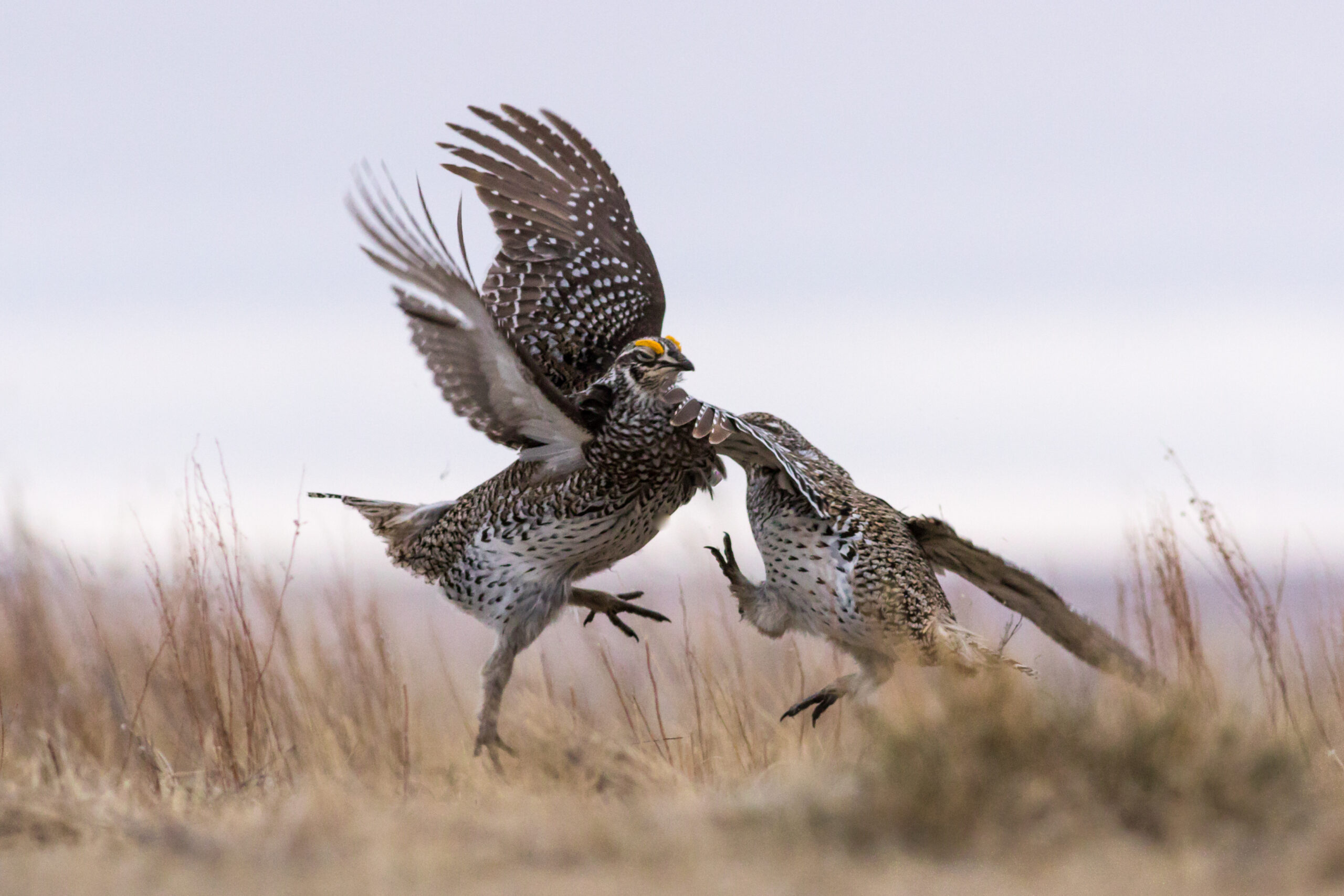 Its sparsely populated dance floors for Wisconsinites when it comes to grouse this fall.

News broke for Wisconsinites, via Wearegreenbay.com, that for the third year in a row the sharp-tailed grouse hunt would remain closed due to the results of the spring 2021 dance surveys.

According to the Wisconsin Department of Natural Resources (WDNR)  “Sharp-tailed Grouse, A Bird of Disappearing Landscapes”, the sharp-tailed grouse was once a thriving North American grouse species prior to European settlement, however human population expansion and lack of natural disturbance events such as wildfires have lessened the preferred grassland habitat of the grouse.

Sharp-tailed grouse surveys are conducted on dancing grounds, also known as leks. The spring dance happens in the beginning of April in open grasslands, where each male defends a small territory to attract and mate with females.

“Assuming this stiff posture, the male ‘dances’ in a small circle or arc. While dancing, he vibrates his tail feathers, which makes a clicking or rattling sound. Male sharp-tails often perform this ‘tail-rattling’ in synchrony and frequently stop to ‘pose’ before the females.”

When successful the male and female will leave the lek for the female’s nesting ground. (You can watch some neat footage of the sharp-tailed grouse dance here.)

It is believed that dancing ground surveys provides a fair assessment of the population index, and monitoring includes counting the displaying males on dancing grounds in early spring. According to the 2021 dancing ground reports conducted by the WDNR, data this year is being compared to the 2019 survey results since 2020 does not exist being that surveys were suspended in 2020 due to the pandemic.

More so, WDNR notes that 2019 data displayed a spike in the grouse population overall, and the decrease this year may be much more intense. In 2008 there were 531 observed birds, compared to the 132 in 2021 leaving the overall decrease speculated to be closer to 75 percent.

More so than that, the sharp-tailed grouse has other factors against its survival such as predators and weather. Experiencing roughly 47 percent mortality within the first month of hatching, the grouse is highly susceptible to starvation and freezing temperatures.

While sharp-tailed grouse hunting is on pause in Wisconsin, the North American population of the bird remains at “good-enough standing” in more northern areas such as Alaska. It should be noted that the Alaskan wildlife management report data shows high rates of sightings, though spring dancing observations are also in decline in Alaska as they are elsewhere. This means overall careful consideration will need to be taken to keep this favored small game bird around for hunters and bird-enthusiasts alike.