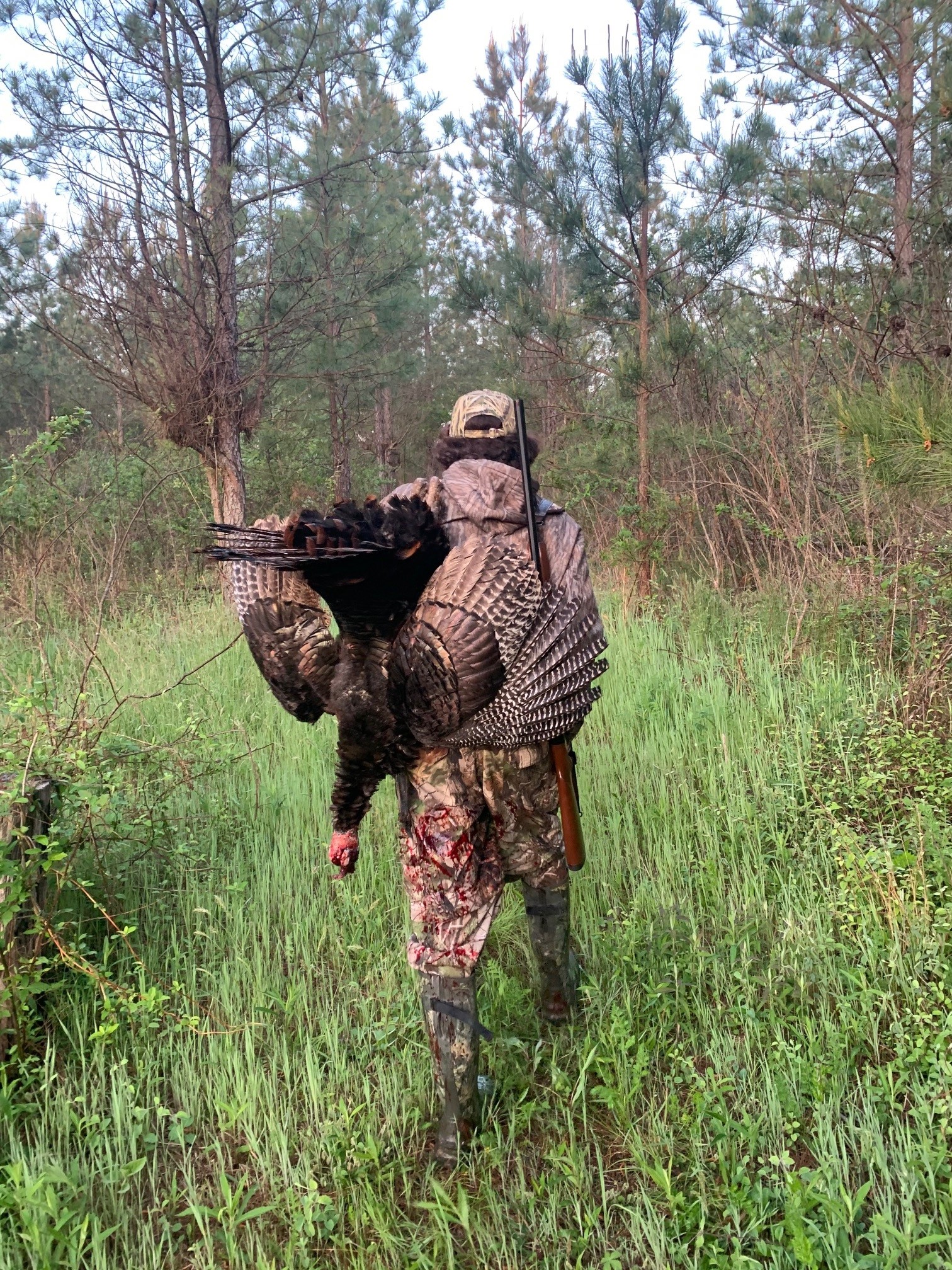 As turkey season in the United States rolls into its final month, some hunters are still scrambling to fill their tag. Now is the time to make it happen.

You still have a turkey tag left attached to your license, or even worse, you haven’t filled one yet. Don’t panic…yet. Whether your season is still measure in weeks or mere days, you can do this. You just need a little luck and possibly, may want to switch up a tactic or two.

By the end of the season, mating activity is winding down, some of the local toms have likely been tagged and gobbles are getting rare. In fact, some days you may head out and not hear a thing. Few if any toms will gobble once they are on the ground, so for that reason alone, you want to be at your hunting spot a good half hour before sunrise. That’s the best chance you will have to pinpoint a bird gobbling.

If you hunt public land or a shared lease or club land, that will also ensure you may be the first one to a tom before some of your fellow hunters.

This late in the season, a tom is apt to only gobble a few times from the roost, so get close to his location quickly—before he flies down. The woods are good and leafed out by this time of year so depending on cover, you should be able to get close to the tom’s roost. Get in tight, set up, offer a few soft calls and be patient. Any luck, he’ll come check you out after he flies down as odds greatest at this time of season that he won’t be with any hens. 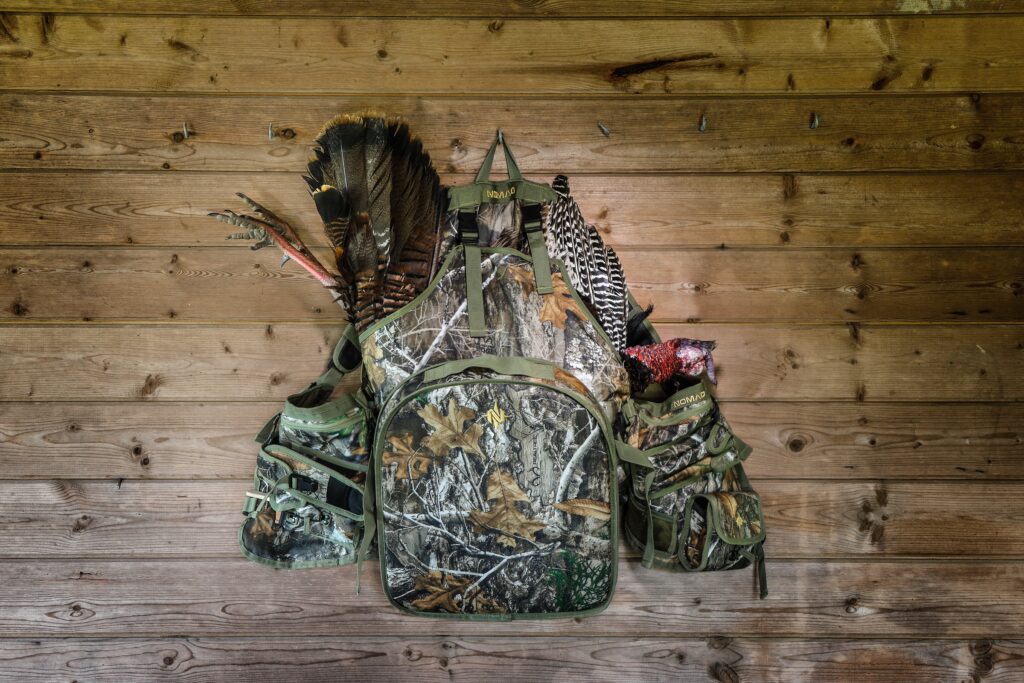 Change your tactics and you might still tote a turkey back to camp in your vest. (Photo by Buzz Hayes/Confluence Group)

Most hunters stick to the basics throughout a season—box calls, pot calls and mouth calls. They are the most common and often the easiest calls to learn. Listen to enough of them though and they all seem to kick out the same basic tones and pitches, especially when a hunter continues to call hunt in and hunt out using the same cadence and sounds.

Change it up and go with something out of the norm like a tube call or a wingbone yelper. A tube call isn’t that much harder to learn than a diaphragm and for the hunter skilled with one, it’s a good bet, you will be one of the few guys at your club or on the tract of public land you hunt that uses one.

Not optimistic about learning a new caller midseason, switch up boxes or diaphragms as well as the cadence of your calling. too many hunters fall into the same rote rhythm and pitch just scratching out the same yelp, yelp, yelp every time they call. It’s a good bet, if a bird is pressured by the same hunter time and again, he’ll pick up on that too and just walk the other way.

Wet weather drives turkeys into open fields, which makes them easier to spot and easier to sneak closer to. Dripping woods spook them with all the motion and noise. It makes it harder for turkeys to detect danger. So they head for the open where they can dry off and see anything approaching.

If toms aren’t gobbling late in the season, then I can at least get my eyes on them when they come to a field or food plot on a rainy day and plan an ambush. Watch which way they are feeding or strutting and set up along their path at the edge of the woods. Then just wait them out. 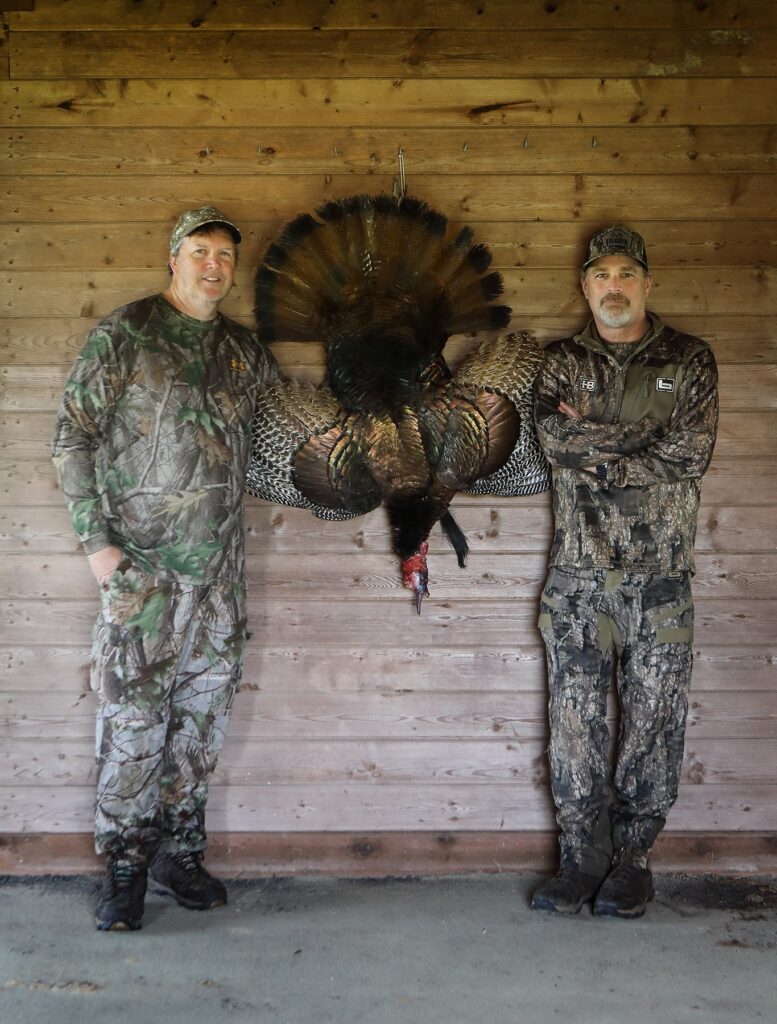 Outdoor photographer Buzz Hayes (right) got to pull the trigger on a gobbler with the help of the author and a pair of decoys. (Photo by Buzz Hayes/Confluence Group)

Unfortunately, late season is not necessarily the most exciting time to turkey hunt, but it can still be productive. It just takes a different mindset. Key to this new mindset is taking a deer hunter’s approach of setting up in a likely travel corridor or loafing area for turkeys, calling sparsely and waiting a tom to show up for a shot. Look for spots where leaves have been scratched up indicating turkeys like to feed there or set up along field edges or plots littered with turkey tracks, droppings or dusting bowls.

Be patient, throw out the occasional yelp every 15 to 20 minutes, scratch in the leaves to mimic a turkey walking and feeding, and stay alert—a gobbler may well just slip in on you without ever making a peep.

Want to up your odds, especially on birds that have become call shy after being pressured all season? Try setting up a jake decoy with a hen, Fort Belvoir Natural Resource Manager Kevin Walter’s go-to decoy setup. I like to put the hen right down on the ground like she is squatting for the jake to breed her and put him just a foot or two behind her and facing her like he’s about to mount.

Photographer Buzz Hayes and I tried this on a bird that never seemed to come to calls this year. I just set the decoys along a field edge where we knew the gobbler would likely step out and see them after fly-down. I called once softly to another bird in the distance, but after that, shut up and simply waited. Hayes pulled the trigger about 30 minutes after the tom flew down. Sure, it was early season, but this play will likely work even better late in the season when hens ready to breed are on shorter supply than those toms you’re trying to catch gobble.