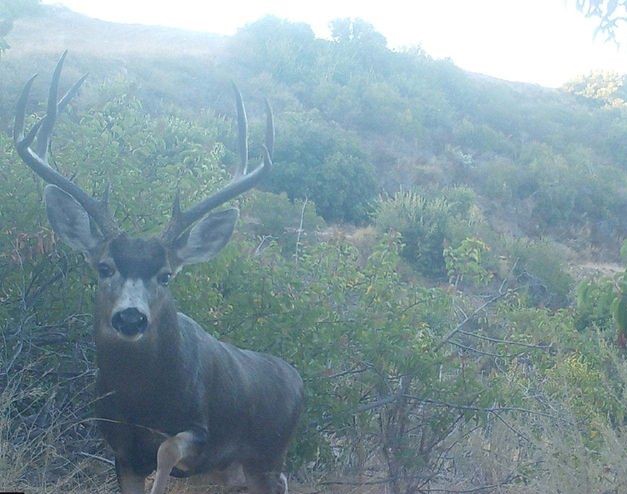 Marine Corps Base Camp Pendleton, considered the “West Coast’s Premier Fleet Marine Force Training Base,” encompasses more than 125,000 acres of Southern California terrain along the Pacific Ocean a mere 38 miles from downtown San Diego. The coastal and mountainous terrain provides training grounds for Marine, Army and Navy units, and is also home to more than 1,000 species of plants, fish and animals. The base provides a wealth of outdoor recreation to both military and local residents. As home to the largest portion of undeveloped coastline in Southern California, Camp Pendleton recently launched iSportsman, an online recreational program management service that will allow the base to sell hunting and fishing permits, manage hunt area access, award tags through limited drawings and collect harvest data for better management of the resource.

“The Environmental Security branch at Camp Pendleton has been extremely proactive in putting iSportsman to use to reduce their administrative workload so they can spend more time in the field, aiding sportsmen through improved access and better protecting the resource,” says Aneil Kumar, president of ASciS.

Through close cooperation between Camp Pendleton staff and the iSportsman development team, deploying the service at Camp Pendleton occurred in record time, with the service going from initial buildout to registering active users in just 45 days from the time of contract award. iSportsman typically allows for 3 to 4 months to launch the service from the start date of the contract, though as Camp Pendleton’s service has shown, it can be achieved in much less time when all the necessary recreational program information is made available to the development team.

“Because iSportsman reduced the clerical load on Game Wardens, we had time to proactively contact some (training) units to free up some additional areas,” wrote Chief Game Warden Michael Tucker on Camp Pendleton’s R3 Facebook page. “In addition, we repaired one spring fed guzzler and topped off the other guzzlers.”

Camp Pendleton offers hunting when in season for southern mule deer, waterfowl, dove, quail, small game and predators. The base also offers access to archery ranges as well as both freshwater and saltwater fishing.

iSportsman has a strong history of supporting military hunting and fishing programs. It was named the enterprise-level solution for managing the U.S. Army’s natural resource-based recreational programs in 2016 and since that time, use of the service has expanded to 23 bases across the continental United States, as well as Alaska and Hawaii. The service is also the enterprise-level solution for the U.S. Air Force’s hunting and fishing programs and is currently set up on 18 Air Force bases.

In addition to the DoD, iSportsman is used for checking in and checking out and harvest reporting on a number of public hunting areas managed or owned by the Kansas Department of Wildlife, Parks and Tourism as well as for permit sales on the USFWS’s Tensas River National Wildlife Refuge.