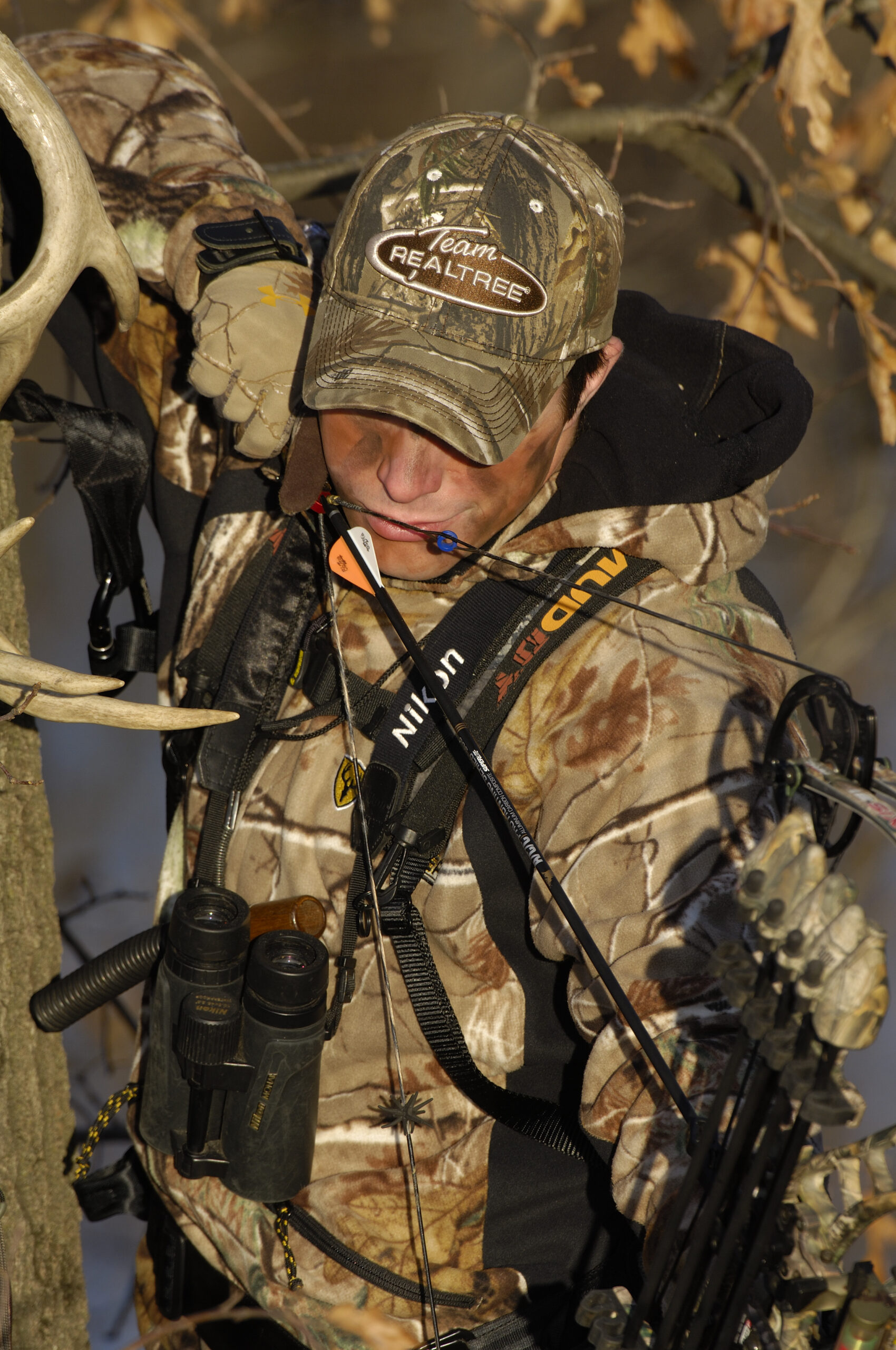 Check out these top five critical terrain features common to virtually anywhere in whitetail country and setup for the ultimate rut-time ambush.

5. Oak Flats and Ridges – Whether running down the spine of a big woods ridge top or parked squarely in the middle of some remote tangle of flat lands forest, a buck’s mind may not be on food right now, but you can bet the girls’ thoughts are. Walk the perimeter of these open woods smorgasbords and you’ll likely find a nasty rub line indicating where bucks are cruising the locale looking for action. Hang a stand where prevailing winds will cast your scent away from the scrape line and acorn strewn ground and be there well before sunup. These spots are best in early mornings as bucks cruise in search of does returning from the nighttime fields.

4. Creek Bottoms – When guns start booming, deer feel the pressure and retreat to cover even as the need to breed urges them on. Brush-choked creek bottoms carved into the landscape and tree-lined streamside management zones (SMZs to the initiated) lining through clear-cut terrain provide natural whitetail highways where does and trailing bucks can cruise under cover. Tall growing water fed trees make for great ambush points on which to hang a stand. Find crossings where hooves have cleaved away the soil on both sides of the creek and mud worn trails line the banks and plan to spend the day on stand.

3. Remote Fields – Often reserved for evening hunts only, an open field, whether big and sporting a season’s stubble of cut corn or beans or small and revealing the lush green of a well-planted food plot, is hard to resist morning or afternoon during the rut. But don’t waste time on roadside fields where every pick-up truck slows at the sight of a whitetail herd. Deer will quickly learn to avoid such spots and you should, too. Find a remote opening or field and leave it alone for at least two weeks up to the rut, then hit it when the action turns on. Set up just 10 to 20 yards inside the edge as bucks are more apt to cruise the inside line of woods looking for field-feeding does than stroll out into the open. Be ready for anything, though. I once rattled an Illinois monster in cross field from 300 yards away only to have him get intercepted by another real-life bruiser that led him 30 yards behind my stand…where I didn’t have a clear bow shot.

2. Brushy Clearcuts – Growing up hunting in the South, I hated the barren sight of a freshly cut parcel of land but learned to love the deer-attracting cover that grew up there two years later. These clear-cuts, or cutovers as we call them, still provide some of the best hunting to be had in the South. Brush at this time is thick and tall enough to keep bedded deer concealed and feeling safe, but on the hoof, their heads and sometimes bodies are still plainly visible–especially when hunt-time surveillance is being carried out from a tree stand along the edge. The line between tall forest and shorter cover creates a near instant deer highway where bucks and does will both work. Be sure wherever you perch, you keep a pair of binos on you and glass for the glint of antler off bedded bucks and look for bucks tending bedding does. If the wind and noise level are right, you can even slip down and put on a stalk if necessary. Bucks locked down on a doe are less likely to bolt, possibly allowing you to get within shooting distance. Just last week in Minnesota, I had a bruiser 10-point dash a mere 15 yards away as I walked out of my stand at the end of shooting and just stand there. A hot doe must’ve been bedded nearby. I could’ve easily shot him—had it been 5 minutes earlier. But as I mentioned, legal shooting hours were past, so all I could do was stand and gawk until he decided to amble away.

1. Funnels – No matter where you hunt, any terrain feature that narrows deer movement into a predictable location where you can set a stand and make a shot is going to be your best bet. Bucks are on the move this time of year, so you must play that hand and put yourself in a place where the landscape will force the parade past your setup. A neck or point of woods between two larger lots of trees, hillsides narrowing toward each other, a wide waterway bending in toward a field, converging fence lines, holes or low wires on fences, even a narrow gap between suburban homes–all these locations provide top spots to hang a stand both when the rut is coming on and when it’s in full swing. Scout these areas well, scope out satellite imagery and determine which funnels between the best feed and bedding are likely to produce the best big buck opportunities.