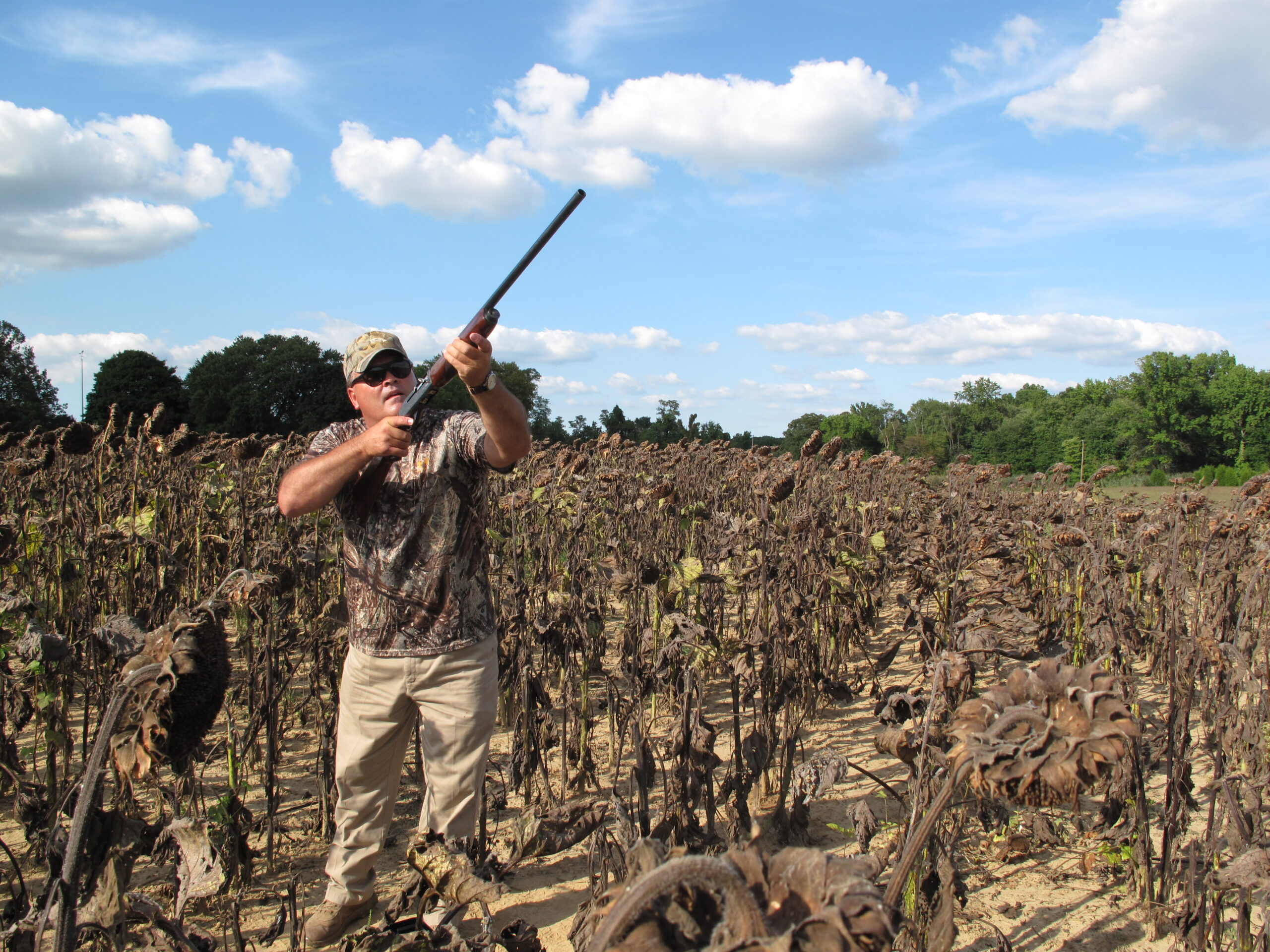 Limit out on doves even as the opening weeks of season wear on.

For many hunters, those first shots at fluttering doves over the Labor Day weekend marks a return to the fall hunting season. And while many of these weekend warriors will hit the dove field a few times before gearing up for bigger autumn pursuits, there’s still a lot of fun dove action to be had. Don’t give up on the birds so quickly as some quality shooting remains well on past September. To keep scoring time and again, try the following tips.

Through constant in-season scouting, determine those precise locations where you will sit to optimize fly-by shot opportunities. Remember, doves are birds that fly according to landmarks. During the morning, doves will feed voraciously. In the afternoons, they are seeking water and gravel to help digest what they’ve eaten. Keep this in mind as well as you look for the key land features of your hunt area that will draw doves near when choosing your seat.

Points – A narrow point of woods jutting into a field is probably the number one spot to sit as dove will often trade down both tree lines right past the point. They use such points almost as launching pads into fields, while these areas also give you the chance to see them coming and be ready for your shot. “A point of woods is a great spot to sit as dove will pass close enough for an easy shot ninety percent of the time,” Derwort says. This spot can also often provide you with some nice shade as the temperatures climb, keeping you cool and mentally in the game.

Standing Rows – Until a field of corn, sunflower, millet or similar plantings are cut, they are almost worthless. But once they are cut, they can be pure gold, especially those first days. If the farmer was kind enough to leave some rows standing in the middle of the field for dove hunters, this is also a key spot to set up. Doves will use those rows to navigate their flight to feed and the standing crop also provides a spot to sit concealed within easy shooting range.

Lone Trees – A single tree in the middle of a field is like a beacon to doves that will fly from the cover of their roost to the limbs of the tree to survey the safety of the field below before going down to feed. If the tree is dead and limbs bare, all the better as doves prefer the visibility the open limbs afford them. It also makes it easier for you to see them as well.

Powerlines – Powerlines running through a field serve the same purpose as the tree. They are a safe perch for doves preparing to feed. They key is observing where on those lines they are flying to the most and then put your back to the nearest pole to break up your silhouette.

Decoys can be useful to lend confidence the area is safe to incoming doves, but Derwort shares an old hunters trick he’s seen that adds dove-attracting realism to your spread. Screw a small eyebolt into the back of a decoy or two and tie each to the end of heavy test fishing line on different fishing rods.

Ideally, in a field with double powerlines where one line hangs above the other, cast the decoy over the line so it hangs just above the lower line. Even the slightest breeze will spin the decoy giving it eye-grabbing motion to passing doves drawing them over. Even better, at the height the powerline affords the decoy, it can be seen much further than a motion decoy staked on the ground.

Tie your rods off to nearby brush or a power pole to keep the decoy hanging just above the line. You can then also place a half dozen stationary decoys on the limbs or open ground around you to look like feeding doves and provide more realism to your setup.

As mentioned above, lone trees, particularly ones with dead, leafless limbs, provide the ideal perch for dove to survey the scene below to make sure it looks safe before lighting on the ground to feed. Don’t have a tree in a field, put one in like a power pole.

That’s exactly what Honey Brake Lodge CEO Drew Keeth did last year on one of his favorite dove fields. He cut a dying tree—not very big, maybe 15 feet tall—from one location and moved it with a tractor to the field. He dug a hole for the small tree several feet deep and then using the lift on the tractor, set the tree in place. It was the perfect perch for doves coming to the field to feed.