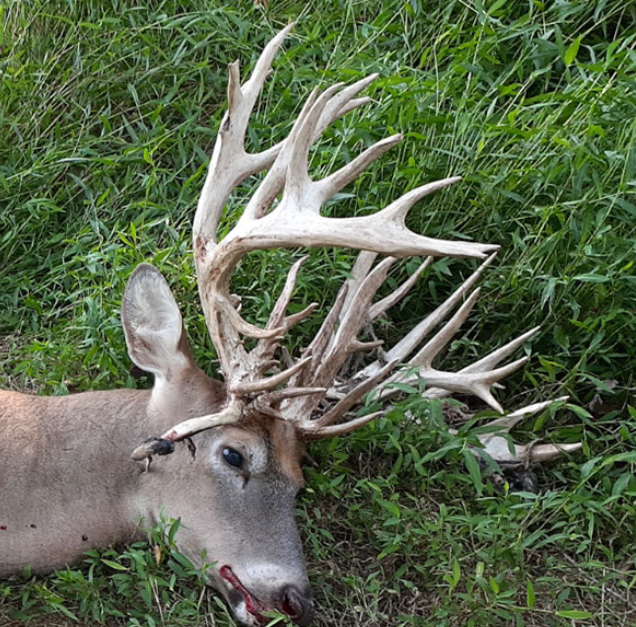 A record-breaking buck that was supposedly scored in Kentucky could have potentially been taken from a high-hence preserve in Indiana and reported as a free-range Kentucky buck.

An investigation into the buck is underway, and while some details still remain uncertain, Field and Stream says that one thing is certain: “Someone is not telling the truth.”

The sheer size of the buck has led many people from the start to claim that the buck is clearly a high-fence deer. However, in the area of Kentucky where Settle supposedly scored the deer, there have been reports of other, verified hunters who have taken down bucks of a similar caliber, so it is not entirely implausible that the story of this buck is legitimate.

After all, Kentucky Fish and Wildlife has confirmed that Settle checked in and tagged the deer…over telecheck. So Field and Stream had a fair amount of evidence that suggested that Settle’s story of taking down the buck on his own five-acre plot was true. So they ran the story.

As soon as the story was published, there was outlash over social media. Many hunters claimed that there was no way the buck Settle scored was a free-ranging deer. Of course, people denying the story online isn’t sufficient grounds to prove that the story was falsified.

Amongst the information the Indianan preserve provided to Field and Stream was a photo of the buck on their property, along with documentation of Settle being on their property a few days before he reported the record-breaking buck. Settle did in fact register a buck the day he was on the Indiana preserve.

Much of this information is still up in the air and has yet to be officially verified. We at iSportsman do not yet have a position on the legitimacy of the story and it should be noted that as of right now, Settle has not been charged with any violations.

For the original Field and Stream article click here.

For the Field and Stream article concerning the investigation, including Settle’s response to the controversy, click here.